Home > How to Register in the Parish > Parish Heritage 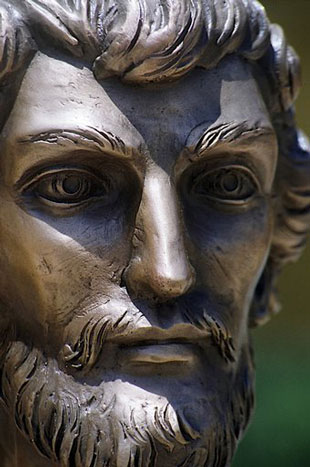 In 1797 Fr. Serra’s  Missionaries, with a small band of soldiers happened on this region of valleys on the feast of Saint Mark [April 25] and called it “Los Vallecitos de San Marcos” – The little valleys of St. Mark. They brought the Catholic Faith to this place.

Our Parish was founded in early March 1963. Our first Mass was held in a n “Ol Opry House” southwest of San Marcos in the Meadowlark Ranch Theater. The founding pastor was Reverend William D. Spain.

Later in March 1963 Father Spain received use of a home from Mr. & Mrs. Yonkers. This became our first rectory located on the Northeast corner of Myrtle and La Moree roads. It was identified by a large Celtic cross placed in front of the rectory.

Our Parish started with only a handful of members, but it grew steadily as they continued to worship in the Ol Opry House for another two years.

On May 7, 1964 seven and one half acres of farmland, where cows grazed and lived, were purchased from local parishioners, the McCleese family.

An old lumber shed was procured and moved to the present site. Families gathered quickly and united to build a church and rectory. Contributing money and much talent, the building was remodeled largely by parish volunteers. This building became St. Mark’s first church. On July 4th, 1964 the entire parish enjoyed a special independence 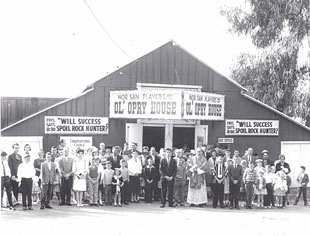 celebration when the first Mass was held in the church. 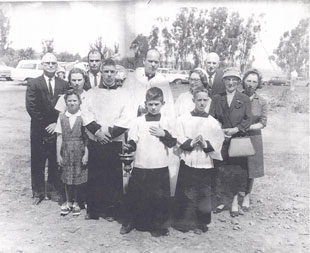 February 1966 an Annex was added. The Annex, supported by a wooden beam down  the center carries, etched on its surface, the names of those who helped pioneer the first St. Mark’s Church. Those beams stand today to support our new Gathering Plaza in honor of all those who were our founders.

The rectory was a run down cottage that came with the land. Here too, the parishioners contributed all the work and money required to put it in a livable condition to serve until a permanent rectory could be built.

In 1969, Father William Spain was succeeded by Father Robert F. Dickie, who despite a period of serious illness, carried our parish of 250 registered families forward. A building fund drive began in 1973 and led to the completion of a new rectory in January 1 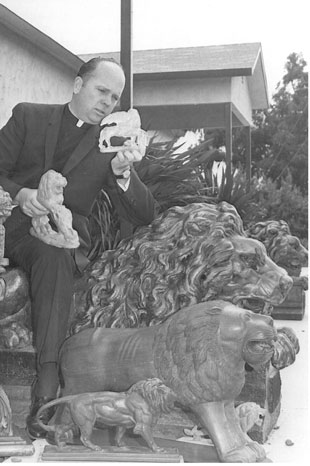 Father Dickie was succeeded by Reverend Thomas P. Healy who received his appointment to St. Mark’s on October 4, 1976. For his leadership and hard work Father A. Healy was invested as an Honorable Prelate October 13, 1985. For the next 22 years he guided and inspired the parish. 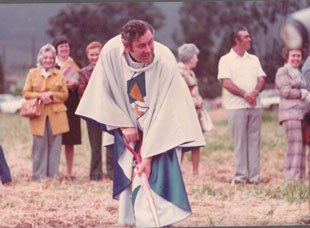 Ground was broken in the spring of 1978 for our new church. Construction began in April and the first Mass was celebrated in the new church, which seated 800, on Easter Sunday 1979. Dedication ,along with Confirmation, was held May 6, 1979, with Bishop Leo T. Maher the presiding prelate.

Under the administration of Father Healy, a second building was started in 1982 to build a multipurpose facility and parish center, which was completed in September 1987. March 13, 1988 Bishop Maher blessed the new Parish Center. January 1, 1993, in honor of their pastor, the parishioners of St. Mark’s dedicated the parish hall, Monsignor Thomas P. Healy Hall. 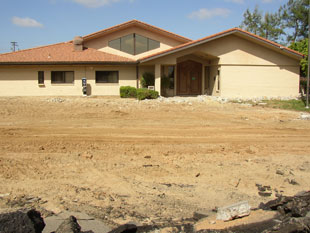 The spurt of new housing in San Marcos in the late 1980’s provided the need for additional space so in 1991 the purchase of 8.9 acres was made by the Diocese for the future expansion and dedicated St. Mark’s Deer Springs Mission.

The Mission Church, seating 250, opened its doors for the first Mass, officiated by Monsignor Healy, on February 20, 1994. Bishop Robert H. Brom blessed the Mission Church on May 14, 1994. The Mission Church continues to be a branch of St. Mark’s Parish until it is  recognized as an independent parish.

Monsignor Thomas Healy died May 14, 1998. Reverend George A. Dunkley served as an interim pastor and was appointed Pastor July 1, 1998.

As our parish has grown to over 6,400 households in the past 10 years, our needs to expand and grow have become more critica 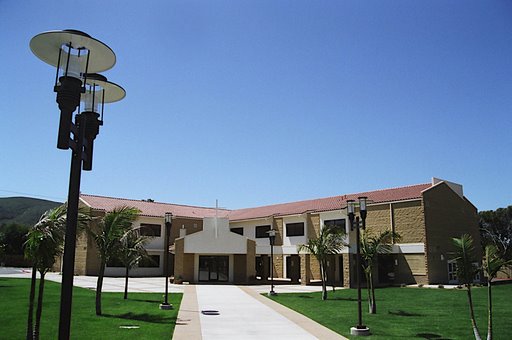 l. In March of 2006 we broke ground for our new Catechetical Center, which is the first phase of a four phase plan. In September of 2007 the dedication of ou 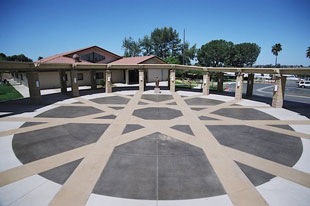 r new facility was celebrated by Bishop Robert Brom and many priests and guests. Today the center has over 1,200 students and many adult activities within its walls weekly. Our Healy Hall is as busy as ever as well.

Our current need is to expand our church as most of our Masses are now standing room only. We are busting at the seams with the growth of our St. Mark ‘s parish. What a blessed gift!

We are rich with history and blessed with  growth.

Many thanks to all of those who helped share and make our history. 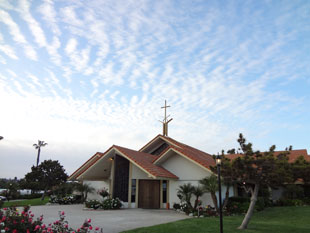